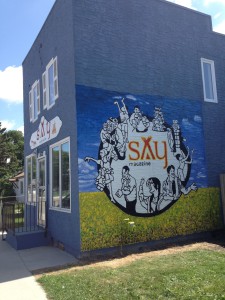 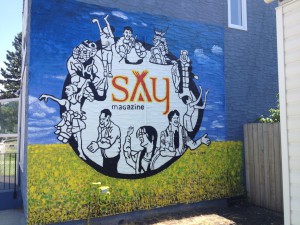 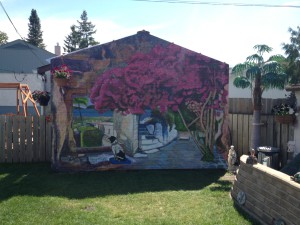 This is a small mural on the side of a garage in Windsor Park area of Winnipeg, Manitoba.  I painted it during July of 2015, at the same time as the Jack Daniel’s exterior mural.  Phyllis commissioned this and it represents their former dog, their view from the hotel where they stay in Mexico and the buchambilia tree which is so prevalent in the area. It is on the corner of Fontaine Bay and De Bourmont Bay. 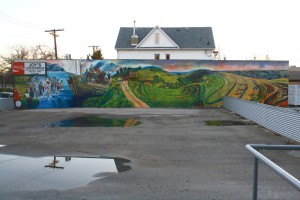 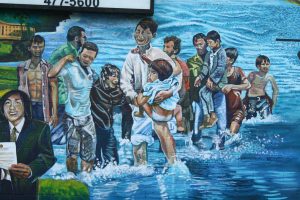 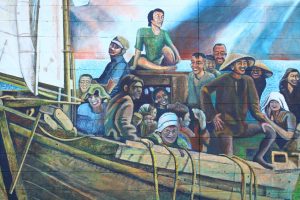 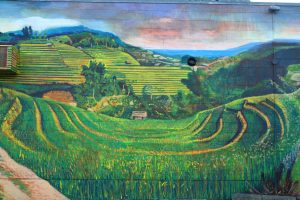 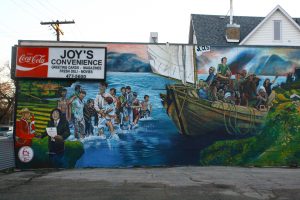 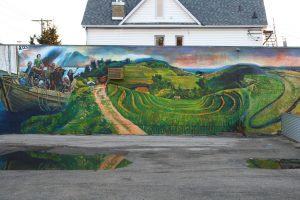 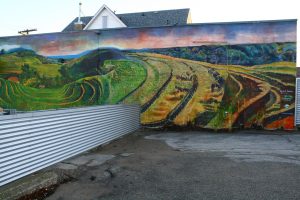 Located at the corner of Archibald and Marion, in St. Boniface, Winnipeg, Manitoba.  I painted this in July, 2015.  The photo below is a detail.  You will need to go the murals of Winnipeg website:  www.themuralsofwinnipeg.com to find out more.  Depicted under the guitar is Sweet Alibi, an all-girls, contemporary Winnipeg Band.  They often sing at the Winnipeg Folk Fest.  This mural was sponsored by Jack Daniels and includes many paraphernalia of this Southern Distillery.  Their goal was to attract a younger audience.  When I was painting this mural, the weather was super hot and the Winnipeg Folk Festival was on.  I was trying to paint fast so Festival goers would have something to look at on their way home.  It was originally supposed to depict more musicians and be located on the side of the Palamino Club on Portage Avenue but the mural site was changed due to extensive renovations. 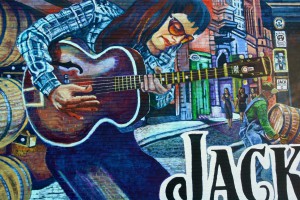 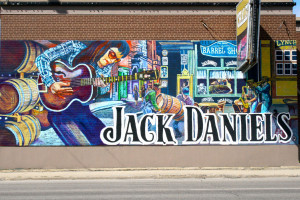 This design was painted on a Utility Box in Toronto at Morningside and Military Trail in June 2015.  It represents several water sports which will be played this summer for the Pan Am Games. 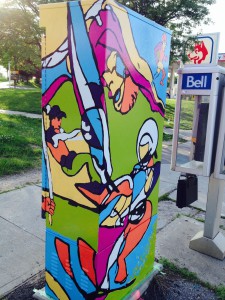 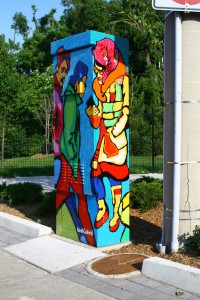 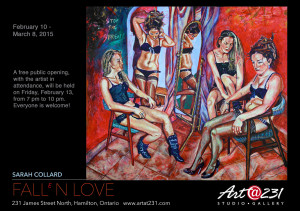 The work will stay up until the beginning of March.  Everyone is welcome and I hope to see you there! 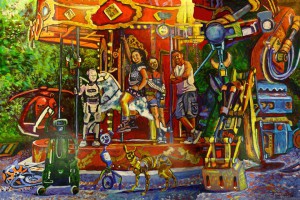 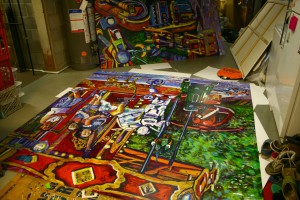 This is a mural which I painted over the Christmas holidays for TVO kids, Annedroids TV series, episode 4, the final show.  It was a rush job but very enjoyable – and a nice addition to my finances right before Christmas.  Thanks God!