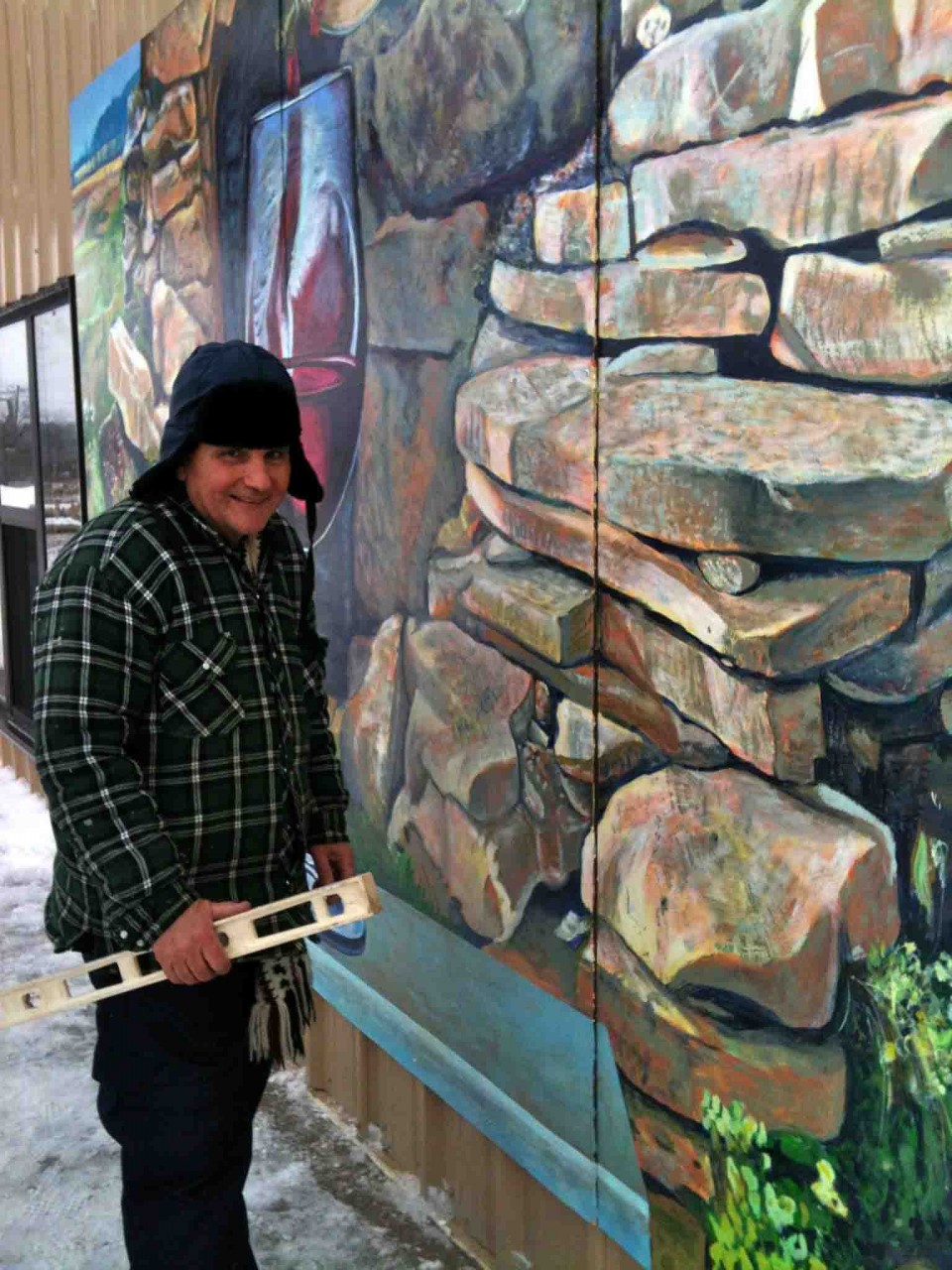 The Italian owner George wanted to change his large winery into a restaurant and golf course, adding on outside washrooms (just like in Italy).  He wanted a mural that would communicate the buildings new function as a restaurant.  Initially the image was supposed to be much simpler but as it progressed it became much more complex and detailed.  The first mural, the Barrel incorporates some of the landscape on his property into the mural such as the rocks, barrel, grasses and trees in the distance.  His idea was to have a wine glass on a marble table (communion like) in front of an old fashioned wine cellar, or stone edifice.  To the left of the building, lays a hill with limestone rock, creating steps to climb up the mound.  These steps are illustrated in the mural with similar colour and texture.  It is this exact limestone which lines the cliffs below Ridge Road.  His property looks out onto Stoney Creek and is a spectacular view!  It was great to sit on the scaffolding and look in awe at the scenery.  Installing this mural was done in the snow, with the help of my father, Terry Collard.  Despite his lofty goals of retirement I managed to convince him to help.  Together, we installed hundreds of rivets into this wall with a hand gun, in order to erect the mural onto aluminum siding.  I could not have done it without him, as the rivet gun was physically demanding and a chore even for his muscles.

The second mural to the left of the building is of a man standing in the Vineyard.  When George took me on a tour of his property, it was November, much of the vegetation was gone but I took photographs anyways.  When I put together the ideas for the mural, I had to imagine what they would look like in the summer, with vines on them.  The structure of the pond, road, vine posts, watering hole, well and rocks are exact replicas of his property.   The vines grow behind the building, over a hill or two.  George wanted the mural to look realistic, capturing the farm but also suggesting Italian food which could be served in the restaurant. Installing this mural was easier since we learned from the first one and put wooden panels in behind the corrugated parts to level it off.  We had help from Tom Southon, a former colleague from the University of Waterloo and Ford employee.  My father Terry, retired Ford employee and Tom made a great pair.  It was nice to have their help and they did an awesome job! 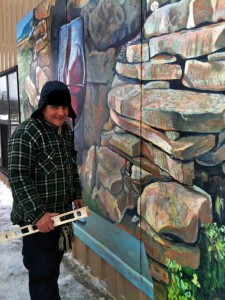 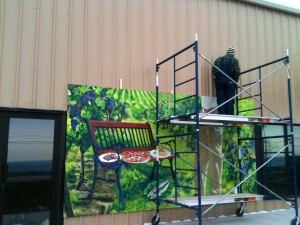 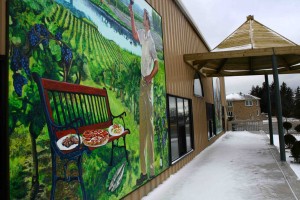 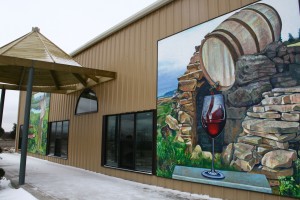 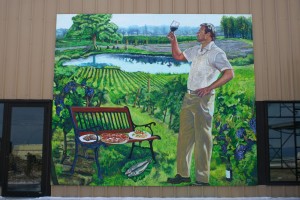 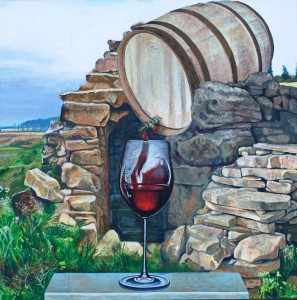