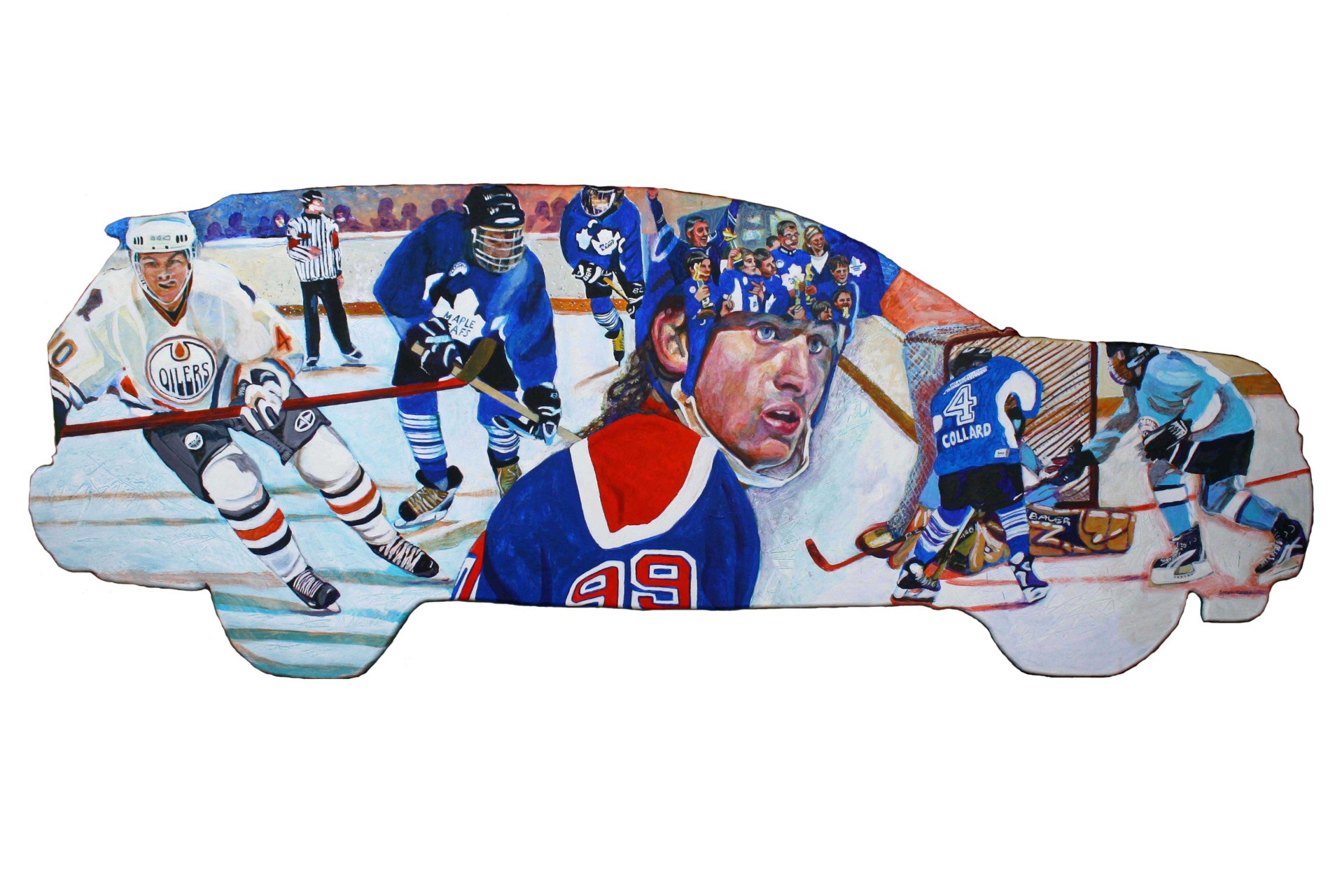 Hockey is a favourite Canadian tradition.  This is the seventh painting in the series of 10, illustrating house league hockey at North Wentworth Arena, a local hero Danny Syvret who made it into the NHL, playing for the Edmonton Oilers and Wayne Gretzky, a Canadian icon who was originally from Brantford, Ontario.  Gretzky was unstoppable during his career, with exceptional ability he understood the benefit of team-playing which increased his popularity and success.  My father, Terry Collard was the convenor of the Flamborough Hockey Association when I was growing up and when my sister Leanne wanted to play hockey, my Dad started the first girls hockey team in Flamborough, recruiting players (such as myself) and coaching.  Today the league is independent and strong.  Inside Gretzky’s helmet is an image of my son’s Leaf team winning the championship of house league.  Several of the images portray him shooting on net and skating.  My brother and his son are also long standing hockey players, playing rep and select hockey.