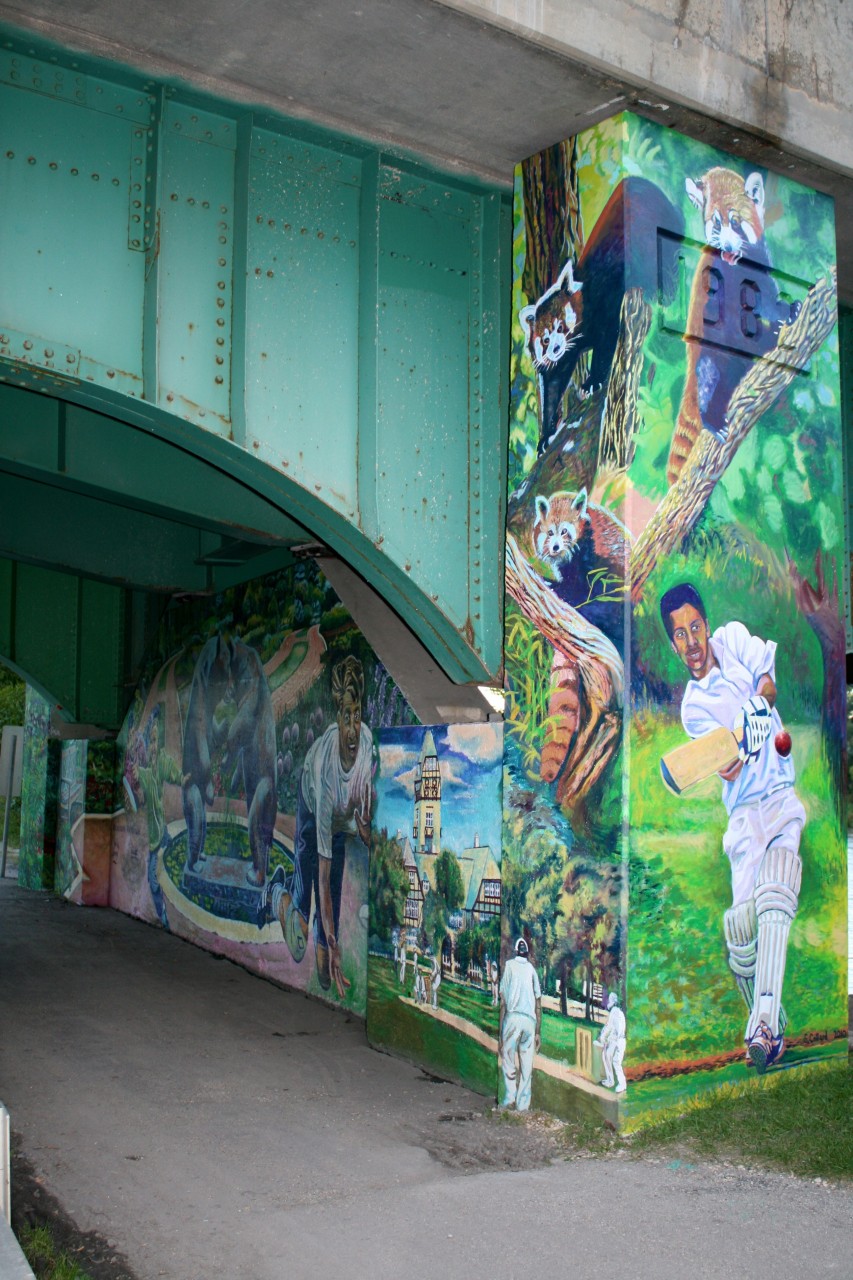 On the other side of this underpass is another mural, Secret Garden which demonstrates the recent developments the city has made to the English Gardens, the sports played in the park and the Leo Mol Sculptures which adorn its pathways.  As part of the city’s plans for zoo expansion, they would like to add red panda’s to their animals so I depicted them high in the trees on the pillars.  The various pathways meander through the mural, surrounding a manicured pond with a Leo Mol sculpture of wrestling bears.  A couple teens grapple to catch a frisbee in the game Ultimate.  Cricket is also featured in the bottom right side under the bridge.  A close up of a young man striking a cricket ball is on the right pillar with a lovely view of the Assiniboine River flowing behind the edifice.