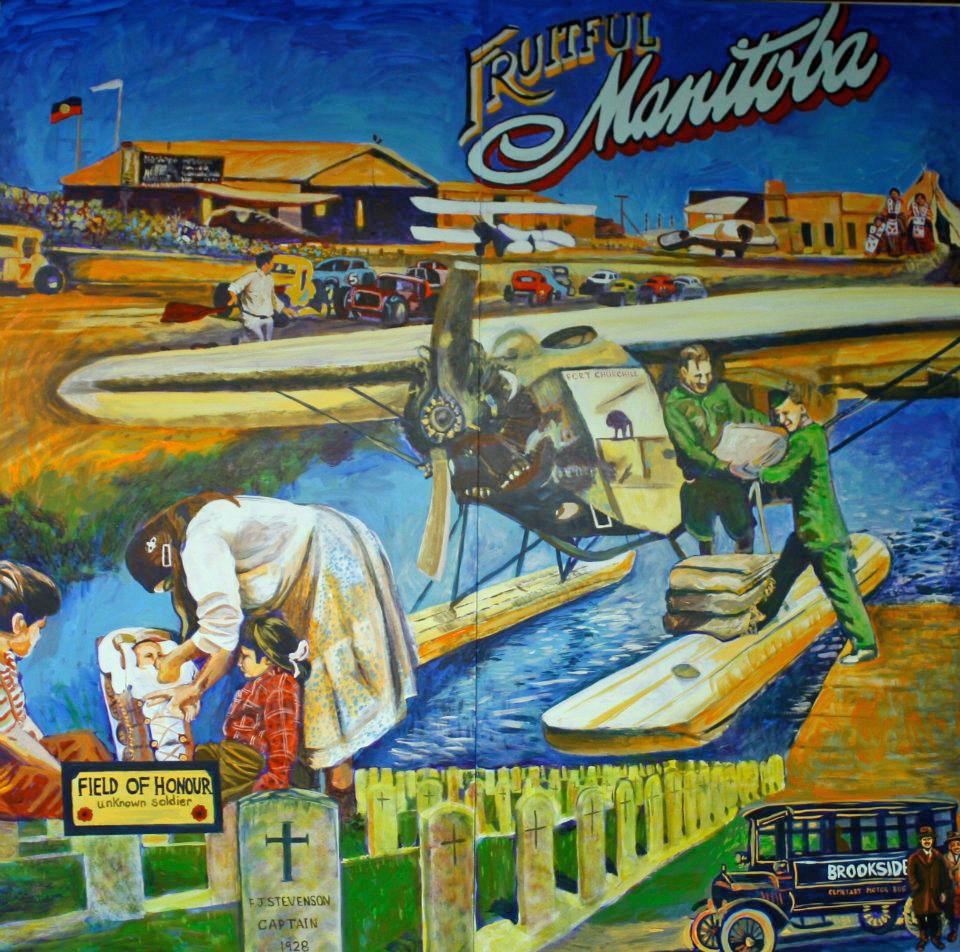 Field of Honour Section, Lot 150A
Stevenson attended Kelvin High School and later Wesley College. In 1917 at age 19, he flew for the Royal Flying Corps in England where he began pilot training. He was awarded the Distinguished Flying Cross and was decorated with the Belgian and French Croix de Guerre. After the war, Stevenson was on of many Royal Air Force pilots who ferried diplomats and other officials between London and Paris. After this, he began a short stint as a sea pilot in northern Russia. After returning to Canada in 1920, he went back to Winnipeg where he joined the Canadian Aircraft Company. With the company, he flew as part of flying exhibitions at small-town fairs in Manitoba and Saskatchewan. In 1926 he moved on to Western Canada Airways and became one of Canada’s first bush pilots, transporting air freight to the North. By the following year, Stevenson was regularly transporting material and equipment from Cache Lake to Fort Churchill on Hudson Bay. On January 5, 1928 during a test flight in the Pas, Manitoba, the engine of his Fokker aircraft failed and his plane went into a spin at a low altitude and fell onto a quiet residential street and he was killed. Captain Frederick Stevenson is buried at Brookside Cemetery, facing southwest toward the airfield that would later be named after him (Stevenson’s Airfield). On May 27, 1928 the City of Winnipeg and the Municipality of St. James opened the new airdrome. Five hundred people attended the opening where Stevenson’s mother unveiled a marble plaque that read: “This airdrome is named Stevenson Airdrome in dedication to the late Captain F. J. Stevenson of Winnipeg, Canada’s Premier Commercial Pilot.” The field eventually became known as Stevenson Field and was later renamed Winnipeg International Airport.
Above Photo – an early photo of Stevenson Field in 1928
Photo – F.J Stevenson flies newspapers to Red Lake in 1927. (Churchill is written on side of plane)
Brookside Cemetery – modern photo
Brookside Cemetery Motor Bus – taken in 1915 with owners standing beside.
Native Aboriginal Woman – Hudson Bay Archives
Please see themuralsofwinnipeg.com for further details.